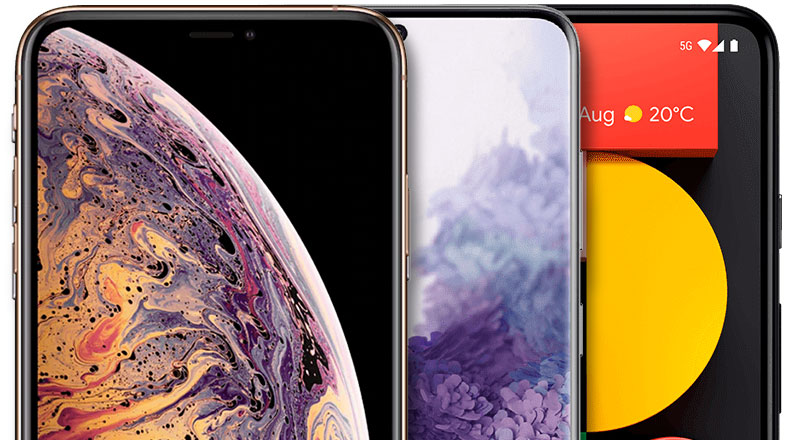 Which Cell Phones Does uBreakiFix Repair in Naperville, IL?

When your smartphone malfunctions, the struggle is real. At your local cell phone repair shop in Naperville, Illinois, we have the expertise to deal with water damage, cracked screen replacements, charging port clean-ups, battery replacements, internal display repairs and more. Start your repair online by telling us more about what’s wrong with your cell phone. If you don’t know what the root of the problem is, that’s okay! One of our trained phone technicians will diagnose the problem and give you a no-obligation repair quote before getting to work. Once we begin the smartphone repair, you can expect it to be complete in two hours or less. uBreakiFix phone repair technicians in Naperville to get your phone fixed — in record time! So, whether you spilled water on your smartphone, accidentally dropped it on the sidewalk or it became stuck in a reboot loop for no apparent reason, visit uBreakiFix for all your phone repair needs in Naperville, IL.

How Fast Can uBreakiFix in Naperville Repair My Cracked Cell Phone Screen?

What phone issues do we see often at our phone repair store in Naperville, Illinois? Fixing a cracked smartphone screen. Even though mobile devices are made to last for years, their delicate glass screens tend to suffer an injury every now and then. No matter if this is the first time you’ve experienced a cracked screen or the tenth time, uBreakiFix in Naperville has cell phone screen replacement for devices of all kinds. Typically, we offer same-day turnaround on screen replacements in Naperville, IL, and often complete the repair in under an hour — speed follows experience! While cell phone glass replacement cost depends on various factors, our Naperville location has a low-price guarantee. That way you know you’re getting the cheapest screen repair in Naperville. Start your repair online or visit us at your nearest cell phone repair shop today.

From Apple to Samsung, uBreakiFix in Naperville Can Fix Your Phone

At your local cell phone repair store in Naperville, we offer cell phone repair services for every smartphone device under the sun: Apple, LG, Google, Samsung, Motorola… we could go on. While each phone requires specialized components, our trained technicians are passionate about repairing your tech — no matter what brand it is. We love giving you reliable and affordable smartphone repairs in Naperville. Bring your glitchy or broken phone to your nearest repair shop in Naperville ASAP and leave with a smartphone that feels — and operates — just like new! — and works — like it’s fresh out of the box.