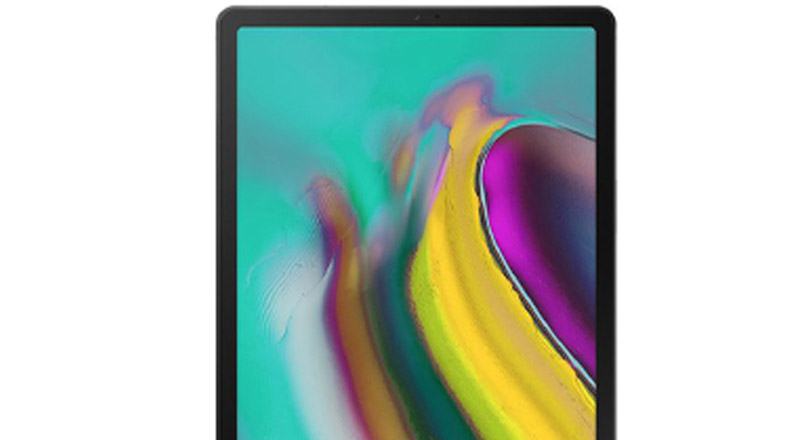 You don't have to be an avid tech user to know that a cracked iPad screen can be annoying — and pricey to repair! But there's no need to wrestle with a busted iPad screen or avoid having it repaired because of the cost. At uBreakiFix in Henderson, replacing cracked iPad screens in one of our many specialties.

When you bring your broken iPad into your Henderson uBreakiFix location, you'll get a speedy repair service with OEM replacement parts at a reasonable price. Because we're not just expert repair people at a tablet repair shop — we're tech junkies who love fixing Apple devices. We've got your back on all your iPad repair needs, like a cracked screen, a worn out battery, a busted charging port, water damage, dead pixels or even those weird lines that can pop up across your screen. Our team is standing by to help you get fast, affordable repairs with a 90-day parts and labor warranty.

Get Quality Samsung Tablet Repair Near You in Henderson, NV

No matter what's wrong with your Galaxy tablet, there's a good chance our tech repair experts have seen it and fixed it! Schedule your repair appointment for your Samsung Galaxy tablet at your local uBreakiFix in Henderson for quick, affordable repair service with quality manufacturer parts, all with a 90-day labor and parts warranty.

Is your Galaxy Tab, iPad or other tablet having charging issues? There's likely an issue with the charging port. A broken charging port can make your device essentially useless once it runs out of battery. Without the ability to recharge the battery, your favorite tech gadget essentially becomes nothing more than an expensive knick-knack! Don't let your device end up in the worn-out tech graveyard of your junk drawer. Give it a new life with a quick and affordable tablet repair appointment at your nearest uBreakiFix in Henderson. No matter if it's bent charging prongs or a dirty port, our tablet repair professionals can quickly have your device charged and ready for use again.

A worn-out battery can be the cause of many different problems you don't want to deal with, including slow performance, constant charging between each use and even screen damage due to the battery swelling. At your local uBreakiFix in Henderson, we can perform quick, affordable battery replacements on the top tablet brands like Apple, Google, Samsung, Amazon and more. If your tablet's battery is in poor health, bring it into uBreakiFix in Henderson, NV for professional services at an affordable price.

Don't put off repairing your tablet any longer! Head to uBreakiFix near you for curbside and carry-in tablet repair in Henderson, NV. Our expert repair techs can get your cracked iPad screen fixed, put a new battery in your Samsung Galaxy Tab, repair the charging port on your Amazon Fire tablet, provide professional water damage service and even resolve any mystery problems your tablet might have.

If you'd rather not leave your house, pick our mail-in repair service option with free shipping. You'll still get the same level of professional service. Begin your repair by telling us about your device and any problems you've been having, and we'll provide you with the best service option near Henderson, NV!